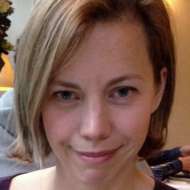 Bianca Baumler is an expert in EU policy outreach and communication, as well as monitoring and evaluation. She has been working for the EU for over 15 years - as a diplomat, programme manager, senior consultant and team leader.

Bianca engages with media and civil society across the globe. She was the EU Press Officer in Syria and Communications Manager in Ukraine for seven years – shortly before the wars erupted. She has led EU policy outreach in South Korea, Indonesia, Hong Kong, New Zealand, Singapore, South Africa and Morocco. She developed the EU guidelines for public diplomacy.

Part of the founding team of the European Endowment for Democracy, Bianca helped establish the grant-giving organisation as a key player in democracy support. In collaboration with democracy activists, she provided official recommendations to the EU’s annual review of its EU Neighbourhood Policy and its Action Plan for Democracy and Human Rights.

A Fulbright scholar, Bianca has degrees from Yale University, SciencesPo-Paris and the Free University-Berlin. She is the author of “EU Public Diplomacy in an ever-changing world.” Finally, she is a co-lead at Volt Europa, a pan-European political movement, which won its first seat in the European Parliament in 2019.

Quotation of the day https://qfy-d.tlnk.io/serve?action=click&publisher_id=352073&site_id=113376&my_campaign=Social_Share&my_publisher=EdSocial&my_ad=QOTD&site_id_android=113374

Quotation of the day https://qfy-d.tlnk.io/serve?action=click&publisher_id=352073&site_id=113376&my_campaign=Social_Share&my_publisher=EdSocial&my_ad=QOTD&site_id_android=113374