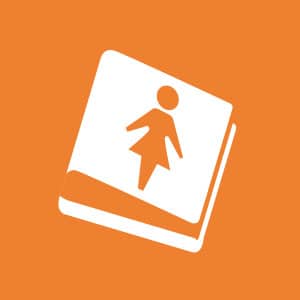 Ms. Gunilla S. Ekberg is a respected Swedish-Canadian lawyer (Barrister & Solicitor, B.C., 2001) and international expert on gender equality and human rights. For six and half years, Ms. Ekberg held the position as Special Advisor to the Swedish government on trafficking in human beings for all purposes, responsible for developing legislation, public policy and strategies. She also headed the central coordination of all government actions on gender equality and trafficking in human beings, and represented the Swedish government in numerous international and regional bodies.
Ms. Ekberg is a well-known legal scholar, researcher, speaker and writer, who is regularly called upon to act as an expert on gender equality, human rights, and trafficking in human beings to international bodies, parliamentary commissions, and statutory and law enforcement agencies.
Since many years, as a sough-after international expert, she provides legal, policy and technical advice on good practices in relation to the prevention, protection and prosecution of trafficking in human beings within a gender equality framework to national, federal and local
governments, most recently in Northern Ireland, Scotland, Canada and Belgium. For several years, she held the position as co-executive director of a United Nations ECOSOC-accredited international non-governmental organization.
Ms. Ekberg has directed several multi-lateral government and national projects on the prevention and combat of trafficking in human beings, including for forced labour e.g. in the Baltic countries, Russia, Nepal and Lebanon. She has carried out several academic research projects
and studies on related topics, most recently in 2016 for the Belgian federal State Secretary for Equal Opportunities, and currently in a European Commission-funded, six Member State research project involving European Union laws and policies in regard to prevention of trafficking in human beings.
Ms. Ekberg participated in the negotiations for the United Nations Palermo Protocol, and in negotiations during several sessions of the United Nations Commission on the Status of Women, including as an official NGO-delegate for the Canadian and Swedish governments. As a
government advisor, she actively contributed to the drafting of the Council of Europe Convention on Actions against Trafficking in Persons, and has presented many times to the United Nations Human Rights Council/Commission. Since 2009, Ms. Ekberg acts as an expert to the European Commission through the DAPHNE III program, on violence against women and children, as well as on topics such as gender
equality, non-discrimination, migration, the human rights of people with disabilities, prisoners’ rights and criminal justice, and within the academic framework of Horizon 2020.
Ms. Ekberg collaborates, since the mid-1990’s, with human rights and equality-seeking organizations around the world on different undertakings concerning human rights, gender equality, and trafficking in human beings. She has developed an extensive network of
collaborators in Europe, North America, Asia and the MENA region.
For many years, Ms. Ekberg worked as a social worker with direct service provision and policy advocacy in several countries in Europe and North America, and was actively involved in union work. Ms. Ekberg is currently finishing up her PhD in International Law at the University of Glasgow, while teaching academic and capacity building courses and
workshops for graduate students and national human rights defenders on different aspects of international human rights law through e.g. the University of Winnipeg in Canada, and the Danish Centre for Human Rights, in Copenhagen, Denmark. She regularly conducts
workshop and capacity building trainings for different audiences, including statutory agencies, law enforcement and non-governmental organizations internationally.
Ms. Ekberg holds Swedish and Canadian citizenship and speaks and conducts business in three languages fluently; English, French and Swedish.

I have presented to over 400 conferences and seminars between 2001 and 2018 on a number of topics. I have been interviewed by online, radio, TV and regular newspaper media organizations more than 300 times during the same time period.