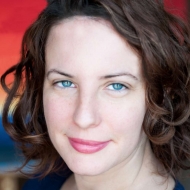 I have worked for over a decade as a policy analyst and advocate on EU foreign policy, with a focus on human rights, conflict prevention and humanitarian issues. My current role involves leading on humanitarian advocacy towards the European Institutions for a large international agency, Save the Children, mostly relating to situations of armed conflict - notably Syria, Iraq, Yemen and other crises. My professional experience in humanitarian and development policy builds on previous work as an analyst who networked with civil society groups in the countries of the Caucasus and Central Asia as well as the Middle East in support of human rights, democratisation and good governance. I remain engaged in this work ad personae as a member of the Board of Directors of the International Partnership for Human Rights. I have written articles for a variety of publications on protecting human rights and supporting democracy in authoritarian contexts, as well as on development policy. I'm a Research Fellow and contributor to the UK's Foreign Policy Centre blog. In addition to public policy speaking roles, I have guest lectured on human rights and civil society development at the universities of Oxford, Ghent and Tbilisi. I'm a graduate of Cambridge university, and hold an MA (distinction) in International Relations from Sussex university.

Council of Europe - On policy towards Azerbaijan (2012, expert witness);