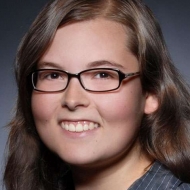 Since September 2019, Juliane advises the Greens/EFA Group in the European Parliament on foreign policy, in particular relating to the Eastern Partnership, West Balkans, Russia and Central Asia.
In 2018, she helped to prepare and implement the Austrian EU Council Presidency, working on EP relations at the Austrian Perm Rep. Before that, Juliane has worked for several years at the European Policy Centre, a think tank in Brussels. As a Junior Policy Analsyt there, she has published in-depth papers, spoken to international media (including on live TV) and appeared on panels.
She has interned with the European Council on Foreign Relations and the German Bundestag.
Juliane holds an MA in European Studies from the University of Aberdeen and an MA in EU International Relations and Diplomacy from the College of Europe.

19 October 2016, Youth and populism in light of the Austrian presidential election, Centre for European Progression and KBC Brussels, Speaker