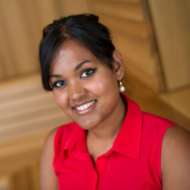 Kulani Abendroth-Dias is a behavioral scientist interested in investigating the use and misuse of artificial intelligence and machine learning in international security. She has studied intergroup conflict, dangerous speech formation, disengagement strategies used to justify prejudiced beliefs and attitudes, contact, and interventions that can foster negotiation and reconciliation in conflict and post-conflict societies at Princeton University and Clark University USA, and at the Bremen International Graduate School of Social Sciences in Germany. She is partial to an interdisciplinary, data-driven, mixed methods approach and field research. She is a strong advocate for more collaboration between political scientists, economists, social psychologists, behavioral scientists, and policy makers.

Kulani is currently based in Brussels, Belgium where she is pursuing a second MSc. (Advanced Master) in European Integration specializing in European Economics and Security and Counter-Terrorism at the Institute for European Studies at the Vrije Universiteit. She specializes in the economics of the development of AI in Germany and its implementation in the Visegrad Four.

Kulani will be pursuing a PhD in International Relations/Political Science at the Graduate Institute Geneva in Switzerland from September 2020 onwards.

Kulani has experience in using behavioral science to influence behaviors in a variety of domains, from incentivizing green energy, designing non-competitive interventions for refugees and asylum seekers, and setting up a behaviorally-informed disaster relief coordination system.

I am a TEDx speaker and have presented at multiple international conferences. Please see my personal website for a full list of conference presentations.

EDTs & AI are central to EU-OECD policymaking discussions but raise questions about how they should be regulated to be human-centric & trustworthy.
We discussed this at @Carnegie_Europe roundtable while also looking at how EU & @OECD could lead #cooperation on #NewTech governance

Born on this day in 1927 🎂: AI pioneer John McCarthy, who coined the term “artificial intelligence" and launched the @StanfordAILab. Check out this oral history of his work from 2007, by @ComputerHistory: https://bit.ly/3cOp78u