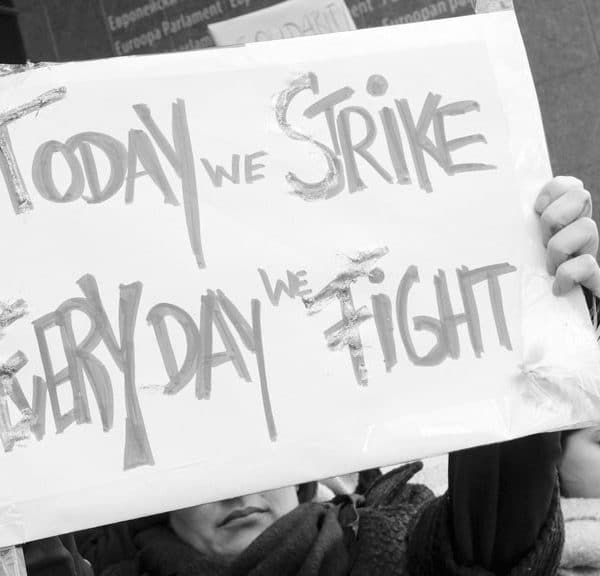 A few weeks ago, millions of people from all over the world took to the streets for International Women’s Day (IWD). It was a time to celebrate the progress made on women’s rights and to protest that this progress has not achieved enough. Women constitute 43% of the global agricultural labour force, and yet rarely own land; they constitute one third of the world’s labour force but find themselves paid less than their male counterparts; a 2019 UN report showed that women human rights defenders are at risk of increased repression and gender-based violence across the globe. Although the severity of inequality varies in different contexts, it is undeniable that a striking and unacceptable gender discrepancy still exists in every country.

It was therefore an empowering moment to march down the streets of Brussels, adorned with colourful banners and flags, and know that people from all over the world, from Madrid to Jakarta, were out on the streets of their country, demanding equality, empowerment and opportunity for all.

Many also used this IWD as an opportunity to have topical discussions about the shortcomings of celebrating this day; some argued that it speaks to issues largely tied to Western cultures; that it fails to address the diverse grievances and needs of women in different contexts; and that it has progressively become exploited for commercial gain.

These reflections demonstrate the importance of celebrating such a day. As we navigate the many and complex strands of contemporary feminism, we must recognise not only the achievements made and the challenges we face, but also the profound limitations of feminism in its current format. It is important that everyone continues to listen, evolve and adapt to ensure the voices of all those denied equal rights are heard.

The Brussels Binder was established with this in mind. Our aim is to encourage greater female participation in policy debates, because only policies that incorporate the voices of different people can reflect the needs of the diverse societies they impact. What started as an informal network of women from Brussels-based think tanks back in 2015 grew until the Binder was officially launched in 2017. It is now the go-to resource for increasing the number of women in policy debates. We have over 1100 female experts on our database, and are excited to launch Brussels Binder Beyond, a project, funded by the European Commission (DJ Justice), which aims to enhance the European dimension of the Binder and to support the development of existing initiatives in other European countries into fully-fledged databases.

In celebration of all The Brussels Binder volunteers have achieved, and to commemorate our one year anniversary, we held an event in February with over 300 friends and colleagues, #1Year1000Voices. Among the many distinguished guests, we were particularly honoured to welcome the 1000th expert to join our database, Hélène le Teno, Director of Ecological Transition at GROUPE SOS. Interviewed during the event, she spoke of some of the challenges she has faced as a female engineer throughout her career: the sexual harassment she encountered at an oil company; the subtle microaggressions that forced her to forgo wearing skirts to avert men’s shameless stares; and her decision to leave her job on account of the intimidating atmosphere cultivated by an industry dominated by men. 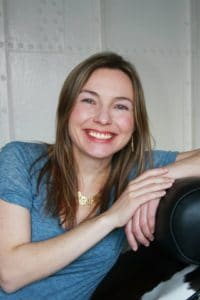 Hélène is now an executive at a company that has over 20,000 employees. She manages 500 people, five entities and a big budget. But she warns us that a high-level position and expertise is still not enough to combat the gender bias still rife in society. As a woman, expertise does not automatically equate to a position of influence. Senior positions do not necessarily convince people of your knowledge and experience. This is evidenced by the number of women invited to speak on panels in Brussels, the capital of the European Union.

Many reasons account for such a startling lack of diversity, all of which stem from institutionalised discrimination, intrinsically linked and built into the societal infrastructure of all countries. The first reason is that women simply aren’t asked, their expertise valued less than their male counterparts; many women who are asked decline, owing to deeply ingrained feelings that they simply aren’t good enough; some have additional obligations, such as child care, that prevent them from participating. The lack of funds allocated to maternal obligations further compounds this problem.

Thus, while we are proud of all we have achieved in the last 3 years at the Brussels Binder, EU Panel Watch’s shocking figures suggest there is still much to be done. Women’s participation in policy debates is essential to developing sound, durable and reflective policies that advance the social and economic well-being of society. How can policies effectively integrate the needs of all people if the voices of half the population are excluded?

We live at the heart of the European Union, an entity underpinned by its intent to promote diversity, peace, dignity, justice and respect among all peoples. And yet, the values it promotes are under threat. Far right-wing governments are rising to power on the back of deeply divisive and hateful rhetoric. Deepening inequalities, unremitting poverty and ecological ruin are but a few of the urgent global crises demanding our attention. More than ever, we need to devise policies that effectively tackle these existential threats and contribute to inclusive and prosperous societies. Bringing the perspectives of women into these debates is not just important. It is imperative.