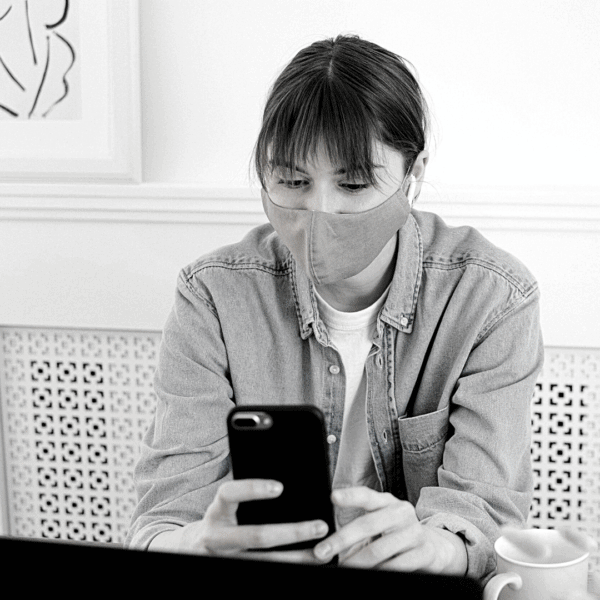 Recently, the European Commission’s Joint Research Centre (JRC) published a report on the effects of the COVID-19 crisis on existing gender divides in Europe.

Brussels Binder volunteers Scarlett and Ana (virtually) met with its authors Zsuzsa Blaskó, Eleni Papadimitriou and Anna Rita Manca to discuss the report and their views on what role gender quality measures should play in the debate about recovery.

The pandemic has exposed a gender inequality in a whole range of ways, e.g. juggling work, home and children. How has the crisis affected women specifically?

Today still around half of the Europeans agree or strongly agree that “The most important role of a woman is to take care of her home and family” – and this belief keeps guiding the division of work in the households, also when both partners are working full time.

The crisis has imposed several significant changes that can potentially influence gender relations in Europe both in the labour market and in households. Concerning the most direct labour market consequences, this crisis is unique in the sense that it is not less unfavourable for women than for men. As economic sectors with a high share of female employees are at least as badly hit as are male-dominated sectors and occupations, we can expect at least that not fewer women than men will lose their work as a consequence of the crisis. Some preliminary evidence already suggests that women are even more severely affected in this sense.

Gender-differences are, however more evident in another sphere of work, which is unpaid work. The major part of household duties: domestic work, childcare and also other types of care work, have all been traditionally carried out by women. Despite the significant improvements in gender equality in the field of education and the labour market, women continue to do much more than their “fair” share in the households. Today still around half of the Europeans agree or strongly agree that “The most important role of a woman is to take care of her home and family” – and this belief keeps guiding the division of work in the households, also when both partners are working full time.

There is no doubt that during the COVID-19 confinement measures, the amount of unpaid work has increased significantly. Childcare institutions and schools are (or were) closed down in most of the European countries for several weeks or even months, leaving the children on the responsibility of their families who not only need to provide care for them but also support their education. At the same time, the availability of external help reduced, and many elderly relatives that are usually a source of help now require assistance. Already some national surveys indicate a substantial increase in the overall workload since the crisis started, although the actual extent and their variations across the different groups of society are not yet known.

What we know, however, is that the major part of this work is carried out by women who continue taking the most of the responsibility for the children and the household in general. This situation can not only put women under extreme pressure, reducing their wellbeing in the short run, but it can also have long term consequences even putting their labour market prospects at risk. Currently, there is little information on how they cope with the increased burden. In the US, it is suggested that female employees even choose to quit their jobs to be able to take care of their homes and families in these days. Maybe such an extreme solution is not often chosen in Europe, but we expect that women are more likely than men to reduce their working hours, to take out their leave days or to go on unpaid leave. Data also suggest that teleworking women are less productive these days than men – at least in academia.

Do you consider COVID-19 crisis a setback or opportunity – a potential win for work/life balance?

To facilitate the changes, it is essential that flexible work and teleworking remain available options for many after the COVID period and that men also continue taking them.

We do see severe threats to women’s well-being as well to their longer-term labour market prospects.  However, we also identify opportunities induced by the crisis. In the report written in April, we suggested that “teleworking men are in an excellent position to observe the unpaid labour usually carried out by female household members and to start sharing these duties.“ Now we already have supporting evidence from several countries showing that indeed, men have started contributing at least a bit more to “female” work – also to domestic work and more to childcare. It is not a revolutionary change, but something is happening: in several countries, women now also report positive tendencies in their partner’s household activity, while for example, a Spanish study shows that males mostly did grocery shopping during the lockdown. Of course, such shifts are not taking place in every household: most likely nothing or just very little is changing in many but much more in others. In fact, in families where only the father can telework, and the mother needs to continue going to her workplace, the traditional gender roles might even be reversed during the lockdown period.

We have some good reasons to hope that these changes do not entirely disappear after the crisis. A temporary change in the division of labour can induce longer-term behaviour changes – as earlier studies showed it. New male role models might develop when behavioural changes are observable, as it is the case with men doing the weekly shopping in large numbers. Also, male employers and decision-makers who themselves experience a period of intense family-life during these weeks can modify their earlier approach to work-life balance. To facilitate the changes, it is also essential that flexible work and teleworking remain available options for many after the COVID period and that men also continue taking them.

What role should gender quality measures play in the debate about recovery?

Unless the recovery strategy explicitly focuses on the different impact the COVID crisis had on women and measures are targeted accordingly, we risk to come out from this crisis having a more unequal and unfair society for women.

Nevertheless, this crisis has shown the fragility of our society which unveiled structural weaknesses related to the education and care system, which relied disproportionately on women’ responsibility, or to the precariousness of many professions related for example to tourism, food service or health care, where women represent a substantial share of professionals. The impact of the COVID crisis is likely to be the most serious for women trapped in the vicious loop of caring responsibilities and comparative disadvantage in the labour market. Unless the recovery strategy explicitly focuses on the different impact the COVID crisis had on women and measures are targeted accordingly, we risk to come out from this crisis having a more unequal and unfair society for women. Women need to participate in the decision-making bodies in charge of the recovery phase to make sure we plan an inclusive recovery for both women and men.

Generally speaking, what are the challenges in terms of statistics on the issue of gender equality?

Consistent, internationally comparable statistics on women and girls remain limited in many vital areas, slowing down efforts to close gender inequalities. These significant gaps in gender data often make women and girls invisible. What happens as countries, many times, do not invest enough in collecting gender statistics or they receive them only for some specific areas. For example, at the global level, most countries regularly produce sex-disaggregated data on labour force participation and education. Still, only a few disaggregate by sex on entrepreneurship, unpaid work, gender-based violence. Often, even when produced, data on issues that women and girls face are not collected frequently, and sometimes there are knowledge gaps in seeking data for new and emerging issues. An illustrative example is femicide, where so far data are not available in a reliable, comparable and consistent way across countries.

Even in the EU, that has one of the most advanced statistical systems, this lack of sex-disaggregated statistics is often evident, preventing researchers and policy analysts from deriving essential insights. Disaggregated data by sex must be available for policymakers to be able to assess the situation and develop appropriate, evidence-based responses and policies. Such data must be collected and analysed, ideally covering several years to track changes and take counteractive action.

The current situation of the Covid-19 related crisis is an obvious example. Still now, but especially at the beginning of the crisis, not all countries collected and reported sex-disaggregated data. Proper understanding of the gender differences in terms of incidence and fatality is essential to identifying specific preventive strategies for men and women. For instance, intervention policies that take into account the female healthcare workers’ needs could prevent the higher infection rates that have been observed among them. Moreover, sex-disaggregated data would be essential in clinical studies since men and women tend to respond differently to potential treatments, not to mention data on the social impact and domestic violence.

Do you plan to do a follow-up report?

Yes, we do. We wrote this report in early April when there was absolutely no new data available to assess the actual impact. We made informed predictions based on a review of pre-COVID evidence. Now we are actively seeking new sources of information: official statistics, survey data and various economic models that can inform our thinking and help us to test the hypotheses presented in the report. For certain aspects, we are also considering to exploit media-analyses and internet-search data. Finally, we are very much looking forward to having “our” new data from the JRC COVID-19 Survey. This survey allows EU citizens to share their experiences on the crisis – and an opportunity for us to better understand the forces shaping gender inequalities during this particular period of history.