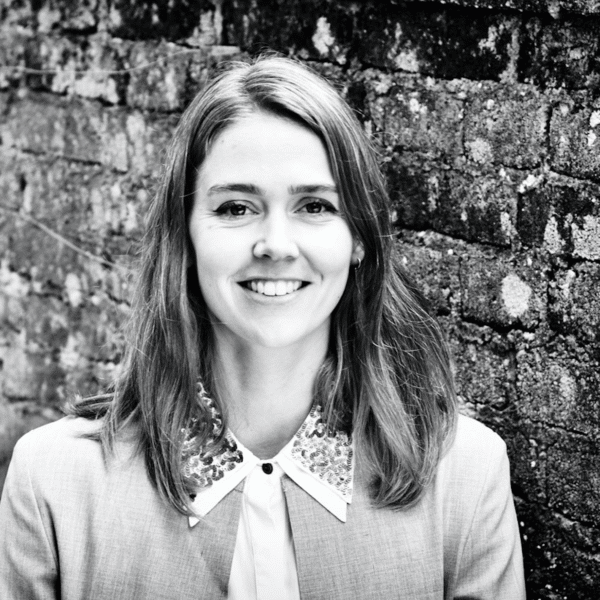 Corinne Cath-Speth is a doctoral student at the Oxford Internet Institute. As a cultural anthropologist, Corinne’s research focuses on engineering culture, Internet governance and the management of the Internet’s infrastructure. She also works on the ethics of Artificial Intelligence (AI), and how, as AI proliferates in every aspect of society, from healthcare to law enforcement, we can ensure its use upholds values of accountability, fairness and justice.

The interview was conducted by Binder’s Miranda Sunnucks.

What encouraged you to pursue a career in the study of Internet governance and AI?

I am a cultural anthropologist by training, and have always been interested in the interaction between technology and society and how it influences who has a voice in society. When the Internet first came into existence, many believed in its potential to equalize society. Unfortunately, it has not lived up to this expectation. As the internet has scaled up, our experiences of it are increasingly influenced by major intermediaries like Facebook and Google, making it not a democratised but a corporate Internet. And now, as the internet and AI increasingly permeate every aspect of our lives, from healthcare, to law enforcement to humanitarian aid, we need more in-depth analysis of the impact it has, who is driving the regulatory agenda and what they stand to gain.

Big American tech companies have a huge amount of power and influence. How can we prevent industry from driving the AI agenda, and from mirroring a predominantly Western, patriarchal cultural image?

Principles like human rights, freedom of expression and privacy, which all speak to the U.S. cultural system, are the very same values that technology companies are promoting. It speaks to the foundations of one country, whose guiding principles are not necessarily aligned with the rest of the world. This gets to the very heart of the problems associated with Artificial Intelligence: a limited number of countries are setting the standard through technology and expecting the rest of the world to follow.

There are deep structural problems that we must address now if we hope to avoid fomenting a culture that is set up for a limited sub-set of society to flourish. Even the language we use embeds culture into technology. For example, the term “blacklisting” means denying particular uses of technologies where “whitelisting” refers to the practice of permitting them. Likewise, hierarchical relationships within software are sometimes referred to as “master-slave” relations. Even though some technology communities no longer apply these terms, the use of such racialised terms embeds the power dynamics of language into the core of modern technology.

AI is now being incorporated into U.S. policing systems. The same risks apply; both implicit and explicit racial bias pervades the U.S. policing system and has a significant impact on interactions with the public. This bias is then translated and used for judicial sentencing. And while many engineers are aware of this problem, not enough is being done to actively mitigate the issue and the worry is that supposedly progressive technologies will serve only to replicate the same discriminatory patterns embedded within society. Academics like Safiyah Noble and Ruha Benjamin are doing important work on these issues.

Did the fact that technology is a very male-dominated sphere ever make you reconsider pursuing this vocation?

I cannot speak to all technology, but the organisations I work with tend to be dominated by men or people who identify as such. During a recent conference I was invited to, of 1000 people attending, just 11% identified as women. So yes, I have encountered blatant sexism and racism in the workplace. This is not helped by the fact that technology design is often a white, male-dominated industry, leaving minority groups exposed to discrimination and microaggressions.

[T]he industry wasn’t always so disproportionately male; in fact, quite the opposite.

That being said, I need to mark the privileged position from which I entered these industries.  Being at the University of Oxford opens up a lot of doors, and I have found that people are willing to talk to me in a way that was exceptionally welcoming. So I was never put off from carrying out this research, partly because I entered this field wanting to address these very issues, and partly because I have had a number of privileges that enable me to operate relatively freely.

Why do you think that technology is still a very gendered field? What continues to drive this disparity?

It’s really interesting to see the demographic evolution in this sector. Mar Hicks, a professor at the Illinois Institute of Technology, has studied the development of the UK’s technology sector to demonstrate that, for a long time, electronic computing was largely carried out by women. But computers rapidly grew in importance, becoming indispensable in all areas of government, business and industry as well as highly profitable and prestigious. Women were pushed out of the industry, either through a lack of upward mobility or during and after childbirth. So, the answer to the first question is: the industry wasn’t always so disproportionately male; in fact, quite the opposite.

But that has all changed. When the tech-industry professionalized, it pushed women out. This trend exists beyond this sector, but the imbalance in tech makes it more pronounced. Furthermore, there exists a long-standing bias against women’s ability to succeed in more technical and “sciency” vocations, which again goes some way to explain such a gender disparity. The problem is not just about the “pipeline”. It is not just about getting women and girls “into” STEM fields, it is about making the necessary cultural and organisational changes to make sure they can stay once there.

Working hours are so intense and often meetings are scheduled during hours that cut straight through the childcare responsibilities that women disproportionately assume.

Can you tell us about any initiatives to dislodge stereotypes and boost female participation in the industry?

Often the focus rests on the need to help women develop the necessary skills to succeed in this field, as well as to dislodge bias against women’s scientific ability — the classic “women can’t do math” stereotype. There are lots of initiatives to boost female participation, like coding courses and STEM (science, technology, engineering and mathematics) education courses specifically designed for women.

However, the structural inequalities that are built into the way the work in this industry gets done should urgently be addressed. A prime example is long working hours, which adversely impact women, who take on the majority of childcare responsibilities. I have met many talented women working in this field and from my experience, a lack of skill isn’t the biggest issue. It is thinking about how we can help them stay, which requires structural change. Working hours are so intense and often meetings are scheduled during hours that cut straight through the childcare responsibilities that women disproportionately assume. Technology companies operate in a society that has embedded expectations of the household division of labour and these gendered expectations are integrated into them.

We need systemic cultural change whereby entire groups are willing to move to address the inequalities built into the fabric of society.

What has been your experience as a woman expert in panel discussions? Do you feel that they have been diverse enough?

Given the sociological dimension to my work, there tends to be a diverse group present, although not as equitable as I would like. It sometimes feels performative; the emphasis can sometimes be too heavily on having a good “mix” of people rather than valuing the new perspectives brought to the debate or making space for that.

Mainstream discussions on diversity can have a fairly reductionist approach to gender. If I talk on a panel, my experiences represent that of a cisgender, white woman from a privileged background and education. The particularity of my experience doesn’t speak to that of, for example, a disabled queer woman from India. Not all women’s experiences are equal and it is imperative to adopt an intersectional approach when thinking about diversity.

What can be done to actively and concretely address issues of inequality in society?

We need systemic cultural change whereby entire groups are willing to move to address the inequalities built into the fabric of society. By putting the onus of women’s empowerment on individual women, we are overlooking structural causes and reinforcing the perception that these issues can be addressed at the level of the individual, rather than societally.