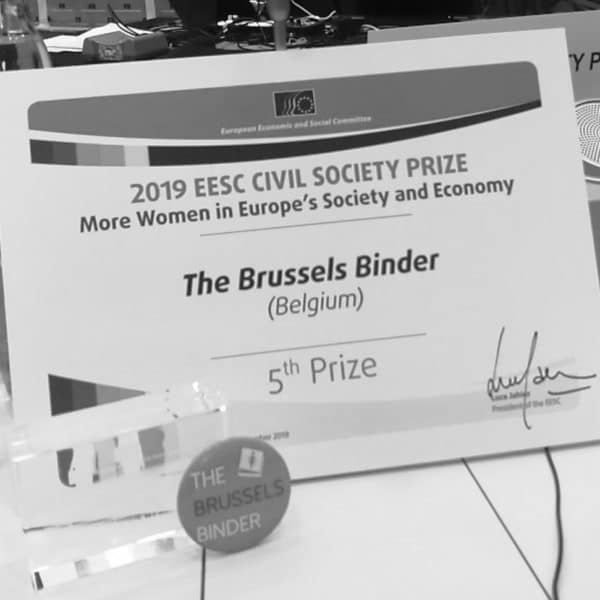 As a testimony to the need for The Brussels Binder’s existence and use, as well as a wonderful acknowledgment of all the hard work of our volunteers, we have been awarded the 2019 EESC Civil Society Prize.

We are proud to receive this recognition, and humbled to be included in such an impressive group of initiatives.

Women’s Toponymy, an Italian project which tries to increase the number of places bearing the name of notable women, giving them the public recognition they deserve,

Polish Women’s Strike, which empowers the women activists in small and middle-sized cities fighting for a change;

You can watch our acceptance speech here.

A perfect end to another exciting year. We march forward boldly into the new one!